Attn: To whom it may concern

Continental Chimney did a great job repairing the two chimneys for the Mid-Atlantic Social Security Centerin Philadelphia. The job called for welding 25" flue pipe to gether from the inside of the chimney. It was an impossible task but they were able to vent the flue pipe adequately to allow welding to be done from the in side the chimney. Their concernfor safety was first, and everything went very smoothly with no problems.

The City of New Bedford, Dept. of Public Infrastructure has employed the services of Continental Chimney to perform inspections on our smokestack at the water treatment facility. Both inspections were thorough and reports with photographs were provided.

They have operated in a professional and ethical manner and successfully completed their contracted work. It was evident to me that the owner, Donald Perry, has a passion for his work, and I felt comfortable in my assessment of him to be an honest and ethical individual.

We appreciated their concern and attentiveness to meet all our expectations and would use them again for future work.

Continental chimney was hired by Consolidated Contracting to demo a 165 foot stack at the above mentioned site. The stack was very close to a exposed 8" gas main, river and ten feet from a building. All work was completed on time and in a professional manner. I would highly recommend them for any stack / chimney removal project.

I have found Continental Chimney to be a company I would recommend for chimney work in Connecticut. They have provided to my company with knowledge, proof of their skills, and abilities capable of doing chimney work here in Massachussus.

I’m presently employed at the Mohonk Preserve in Gardner, New York as a full time ranger and have been employed in that position for 25 years, since 1995. Our user groups are hikers, swimmers, skiers, bicyclists, equestrians, and rock climbers. My special focus is rock climbing as I’ve been an avid climber for my entire adult life. The Shawangunks, also known as the ‘Gunks’ is the premier climbing destination on the East Coast and the magnificent cliff systems which rise to a height of over 300 feet are owned by the Mohonk Preserve. The cliffs’ close proximity to New York City, as well as several other major cities in the North East, ensures it continued popularity and some would claim, its overuse. It’s world class climbing routes are somewhat unique in North America in that the rock’s horizontal stratification creates fissures that cracks and cleave off, often leaving behind the formation of a series of overhanging ‘roofs’ that must be surmounted, which results in exciting and exposed climbing, even for those of modest ability, so it’s not only expert and intermediate climbers that flock to the Gunks, but also beginners and rank rookies. We service a diverse and unpredictable user group.

I am an expert in high angle rescue operations. Because we are responsible for one of the most popular climbing destinations in North America, we continually train in high angle rock rescue and extraction. Every Monday we under group rescue training to ensure that our skills are razor sharp, second nature, and that we work with utmost efficiency as both individuals and as a team. We are the first responders to any emergency situation or accident scenario; we are the front line, responsible for saving lives when every minute counts. We assess the scene, discern the nature of the injury, apply emergency medical treatment, devise an extraction plan and implement it, and package the victim for transport to a hospital. I’ve seen it all: sprained ankles, broken bones, head and spinal injuries, body recoveries. The nature of our work necessitates that we work in close alliance, and interface seamlessly with, numerous local and state fire, police, and sheriff departments.

I’ve known Donald Perry for 25 years, since I first arrived at the Mohonk Preserve. I have roped up and climbed with Donald Perry numerous times, placing my life directly in his hands and trusting to his rope management and rigging skills. I’ve had occasion to observe the broad range of his abilities and can say without reservation that he’s a consummate and expert rigger, totally responsible and trustworthy, with a vast store of experience, has likely spent as much time on the sides of cliffs and smokestacks as he’s spent on the ground, and acts with decisiveness. Should any emergency scenario arise on the job that requires swift decision making and expert action, I have no reservations that Donald will meet the challenge with the utmost skill, competence, and professionalism. I trust in Donald’s skill and experience as much as I trust in anyone’s.

If you should wish to contact me personally, I would be pleased to speak with you and to answer any questions you might have regarding Donald Perry.

Donald Perry and his company, Continental Chimney, have done demolition work for us inthe past. They performed their dutiesinatimely and professional manner.

I would recommend Donald to any one who is looking for a contractor to do Chimney or other demolitionwork. 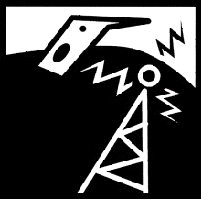 To whom it may concern: Continental Chimney Company

Hands down one of the best mason/brick and professional companies we have had the pleasure of working with.

Their employees follow the strictest of safety guidelines as well as being very neat and clean while working. The owner was onsite every day to ensure that the work was being completed in a timely manner and on schedule.

I highly recommend them and will use them again in the future.

Thanks Continental Chimney for a job well done!!!!!